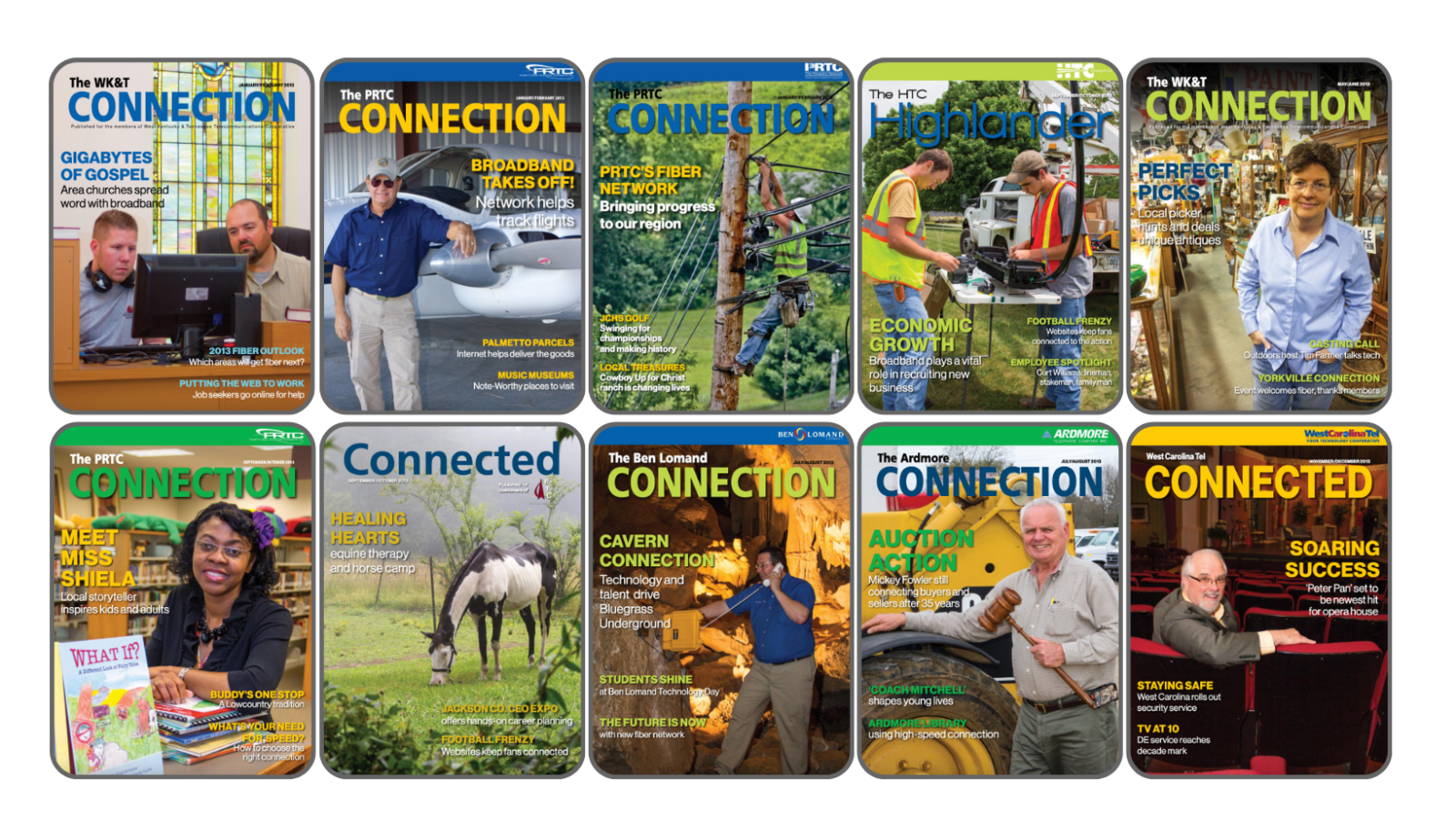 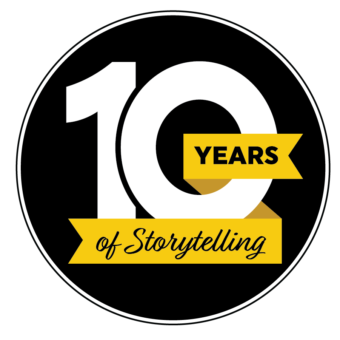 This January is special. It marks the 10th anniversary of the launch of Rural Telco Magazines. Let’s turn back the page to the time when WordSouth founders Stephen and Michele Smith first worked to deliver a potent, intimate connection between telephone co-ops and those they serve.

The Smiths knew rural communities understood the power of like-minded people rallying for the benefit of all. When electricity was slow to arrive, it was member-owned electric utilities who first lit the night. Later, as deployment of telephone lines lagged in rural areas, community-created co-ops stepped up to establish vital phone service.

By 2012, Rainsville, Alabama-based WordSouth had supported telecommunications co-ops for 15 years, and the Smiths watched as these telcos began to build the first broadband networks needed to bridge the digital divide separating rural and metropolitan America.

“We were producing stand-alone publications for telcos across several states,” Stephen says. “Our clients were all facing similar challenges in communicating the changing broadband landscape to their members and community leaders. We recognized an opportunity to scale those efforts across an entire region.” 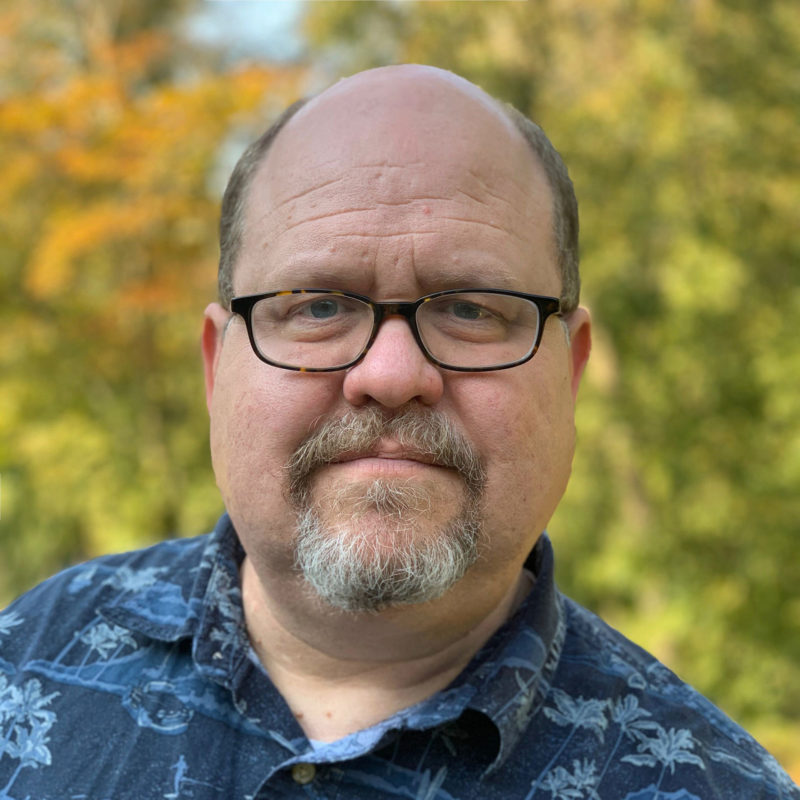 The communications company created The Rural Telco Magazines in 2013, a project that continues a decade later under the steady hand of Pioneer Utility Resources, a not-for-profit communications co-op.

The goals remain the same as the day the first magazine published:

At the time, Carrie Huckeby, the current executive director of the Tennessee Broadband Association, served as the chief marketing officer for a company operating three telcos.

“Carrie recognized an opportunity to not only communicate more efficiently, but to save money in the process,” Stephen says. “Together, we introduced a regional magazine approach to other telcos, traveling across the Southeast laying out a plan to partner through shared content, collaborative production and a unified mission.”

Half of the content in the 16-page, bimonthly magazine is shared among all participating utilities. The remaining eight pages are unique to each telco. Also, each co-op can uniquely brand the magazine, such as Connection, Connections, ConNEXTion or even Highlander.  The early editions focused on informing co-op members about the need to invest in fiber optic technology, hair-thin strands of glass transmitting data as light at never-before-seen speeds.

There is a well-told tale of a mule, Ole Bub, hauling fiber optic cable up the rugged hills surrounding Peoples Rural Telephone in Kentucky. Similar, if slightly less colorful, stories of professionals working hard in the field and in technology centers of each telco filled the pages of the magazines. 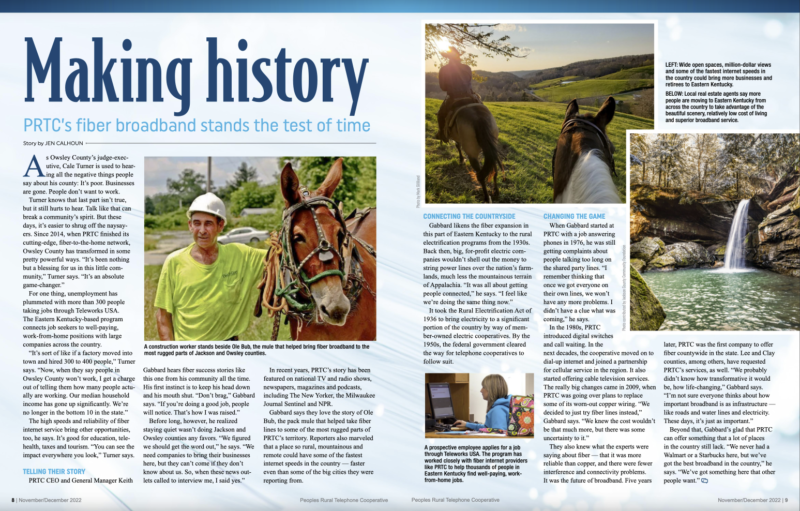 As the networks came to life, the magazine began to illustrate how these co-ops fulfilled the promise inherent in fiber optics. Investing in blazing-fast networks made a fundamental difference in rural life. The magazine shared stories and photos of new jobs, health care opportunities, modernized systems benefiting education and so much more.

The writing staff and photographers not only built ties to these rural communities, but also with the professionals at each co-op. The result was a supportive, collaborative team.

Lisa Fannin is the marketing director at Mountain Telephone in West Liberty, Kentucky — one of the original participants. At first, she was open to the magazine but didn’t appreciate how different it would be from the co-op’s existing newsletter.

“Even though it sounded interesting, I didn’t realize the magnitude of the change it would have for me, because I’m the only person in marketing,” Lisa says. “I knew we needed the newsletter, but the previous company we used wasn’t as in touch with our readers as the magazine writers.”

As the magazine developed, including a focus on the people and businesses at the heart of the community, it proved to be much more than a way to communicate updates about Mountain Telephone.

“It’s evolved into something somewhere between marketing, public relations and an extension of our economic development efforts,” Lisa says. “The magazine has been a big, big part of helping our artisans and small businesses grow. When our people and businesses prosper, so do we.” 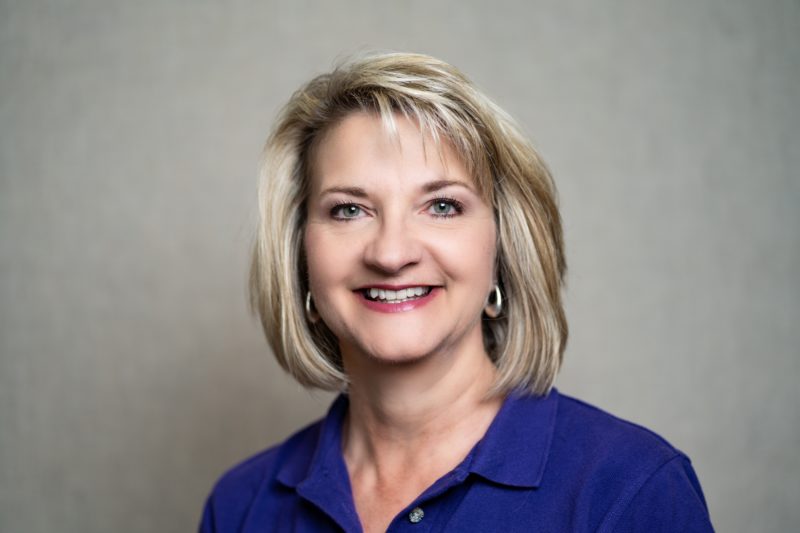 A decade of growth and changing stories

Today, with a circulation of 345,000 through 22 utility editions, the magazine reaches co-op members and telco customers in Alabama, Kentucky, Minnesota, Tennessee, South Carolina and Texas. While the core mission of the magazine continues, there have been changes — both for the company that started the project, and for the industry.

After the first high-speed networks arrived in their communities, some telcos began to expand outside their traditional telephone service areas, bringing the power of broadband to new places. The magazine pages can adapt to speak not only to existing customers, but also to those with first-time access to these powerful services. These co-ops used the magazine to build anticipation for new services and set realistic expectations for their arrival.

Similarly, the products offered by each telco evolved. Offerings that may have started with straightforward internet service grew to include internet-based phone systems, a range of TV options, cloud-based security products, online data storage and more. The services are as unique as each region served and the needs of each co-op. Designed for flexibility, the magazine has embraced the individual messages each company needs to communicate.

One of the biggest changes in the project’s history involved the 2020 acquisition of WordSouth — a for-profit company — by Pioneer Utility Resources. The communications co-op has been in operation since 1956 and publishes similar magazines with shared content for electric cooperatives and public utility districts: Ruralite, Louisiana Country, Currents, Enchantment and Florida Currents.

For those, like Carrie, who have read the publication since the beginning, the Regional Telco Magazine is as relevant now as it was a decade ago. In her current role with the Tennessee Broadband Association, Carrie continues to work directly with co-ops reliant on their magazines.

“I saw the magazine as a great communication tool, because everyone has their favorite way of getting the news, watching the news and reading the news,” she says. “Not everyone wants to read news on a computer or iPad. They enjoy a magazine. They can pull the magazine out of the mailbox to see who is on the cover. You can lay it down on the coffee table or magazine rack and come back to it later and finish reading.”

From the beginning, the focus was connecting the co-ops’ brands to members and customers and building community.

“There were feel-good stories, recipes and stories about places you could go and see,” Carrie says. “It’s about making the connection, and I don’t think it’s changed 10 years later.” 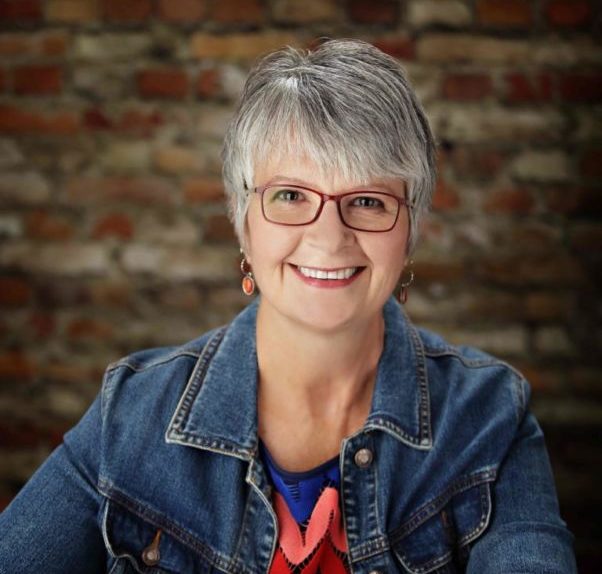 And, in the next decade, the pace of innovation will not slow. Across the nation, new utilities are creating their first broadband networks. Some providers even plan to offer internet speeds in excess of 1 Gbps to meet the emerging needs of consumers demanding more and more of their services.

We’re excited to continue telling the stories of these co-op professionals changing rural America for the better.

Want to learn how a high-quality, editorially-driven magazine can become a powerful tool to educate, inform, and engage consumers?

Please send me sample copies of the Regional Telco Magazine so I can see how Pioneer helps telcos tell their story!

Explore the RTM Archives Learn More
Back to main blog