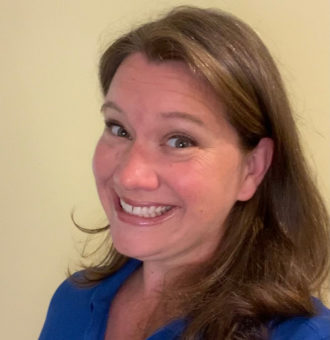 Anniversary gifts can be tricky. Why pick from paper, wood, silver, gold, or diamond gifts when you could opt for a solid design, instead?

Whether your utility has powered the community for 25 years or is approaching the centennial mark, a logo unifies celebration messages.

Last week, utility communicators across the nation shared examples of anniversary logos on NRECA’s Communicators Listserv (NRECA members can view the conversation here). We thought we’d join the fun by sharing a few of our favorite examples, too.

The original design was packed with detail. There were layers of needles on the evergreen trees and eye, nose, and shading definition on the deer.

Clearwater Power Marketing and Communications Specialist Jeff Marshall refreshed the logo in 2017. He stripped it down and improved on an already good design. Using simple silhouettes versus gradients make the design stronger and more versatile.

For the most impact, keep images incorporated into a logo focused on a few recognizable, clearly defined icons. Aim for clean, simple lines; avoid too much detail.

Get Creative with Numbers

What’s the best part about evenly-spaced anniversaries? The frame-like shapes of the numbers. Most anniversaries end in a five or zero. Both numbers easily become powerful shapes for logo design.

Rappahannock Electric Cooperative in Fredericksburg, Virginia, brilliantly used the numbers seven and five to create a utility pole and circle for the years of their incorporation. This design may be 4 years old, but it still feels fresh and fun.

Yampa Valley Electric Association in Steamboat Springs, Colorado, turned the tops of the numbers seven and five into a thick line, cleverly framing the co-op’s years of service. The utility also used two contrasting colors (black for the utility name, red for the year) to highlight the milestone.

Although it’s smart to design in monotone (the best designs translate easily into black and white), colors can be a powerful way to add impact to a logo.

Mohave Electric Cooperative in Bullhead City, Arizona, filled the zero in 70 and added an electric bolt inside the circle, connecting the milestone year to the utility.

Several other utilities used the zero in 80 or 70 to frame an image and the celebration milestone. While turning numbers into frames can work really well, be careful not to pack too much detail into a small frame.

Rest on your Laurels

Clatskanie PUD used laurel leaves behind their milestone year in a 2013 logo. Because of the utility’s focus on service, the icon works.

In the same way, Blachly-Lane Electric Co-op wanted to focus on a long history of service. Laurel leaves on either side of the co-op’s signature oval logo shape was an easy way to create a temporary logo design for 2017.

We love working with public power utilities to find fun ways to celebrate milestones. We can also help you update your current logo. To learn how Blachly-Lane Electric worked with Ruralite earlier this year to refresh their logo and create a complimentary anniversary design, read our portfolio post. Want to get to work? Email us today.