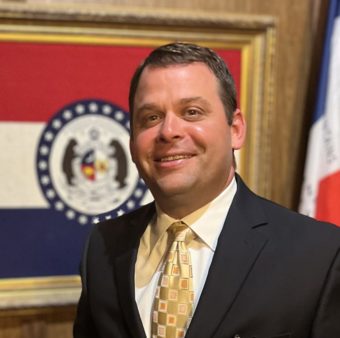 Legislative storytelling — especially telling the right story to specific audiences — can be a powerful tool to help utilities strengthen the communities they serve. I watched the impact of targeted messaging while working in Missouri.

A few Missouri electric co-ops began adding fiber on transmission lines to strengthen systems in the early 2000s. Noticing the desert of connectivity in nearby communities, they started leasing out unused bandwidth. Southern Missouri started seeing the benefits of connected communities as cities, counties and third-party providers tapped into the vast middle-mile system the utilities deployed — until it all stopped.

Beginning in 2013, multiple electric co-ops were sued by trial attorneys for broadband easements. The co-ops had used existing electric easements to add fiber, which upset some landowners. The only thing that changed was an existing wire on transmission towers (it was the same equipment, but with fiber strands inside). Since the co-ops didn’t have “communications” in the easement, the courts found the plaintiffs had good standing to file suit. This sent shockwaves through Missouri and brought broadband deployment to a halt.

Though many attempts were made through the courts and legislature, in 2018 the Association of Missouri Electric Cooperatives made it a legislative priority to fix the issue. If broadband was to flourish once again in Missouri, lawsuits had to be prevented. House Bill 1880/Senate Bill 820 was filed and a fight ensued. HB 1880 flew through the House with a large coalition of supporters, grassroots activity and social media. All of the colleges and universities, agriculture, bankers and real estate agent associations supported the measure. But more legislative support was needed to protect the right of electric co-ops to deliver fiber to communities in need.

Missouri’s electric co-ops teamed up with Pioneer to spread the word. Through a coordinated campaign, a series of targeted messaging, phone calls, emails and legislative contacts were sent to members of the Missouri House of Representatives. House Bill 1880 flew through by a vote of 149-1. But before the Senate would take on the measure, more negotiations were needed, especially with the Missouri Farm Bureau.

Again, Pioneer supported Missouri’s electric co-op storytelling efforts. Specific state senators were key to passing the legislation in the Missouri General Assembly, so messages about the legislation were sent to the districts the senators served.

“Through working with Pioneer, we were able to specifically target these senators’ areas and have local member-owners from their district reach out and contact them,” AMEC CEO Caleb Jones says. The targeted senators were inundated with letters, emails, calls and visits from member-owners.

The largest opposition to the legislation came from the Missouri Association of Trial Attorneys. If the measure didn’t pass, more and more lawsuits could be filed and broadband as we know it today would not exist.

In 2018, the event was extra special. It gave Missouri’s co-op grassroots army one more chance to speak with their elected officials — mainly senators — about the importance of the co-op broadband bill.

The legislation did not automatically change the recorded easements to include “communications,” but limited the amount of monetary damages a landowner could receive to fair market value. The change also did not fix the already-filed lawsuit, but it took away the incentive for attorneys to file suit against other co-ops. Many states followed Missouri in fixing statutes to allow broadband deployment.

“Our legislative victory for rural broadband would not have happened without our partnership with Pioneer,” Caleb says. “They were able to take our message and deliver it directly to the people who needed to hear it. This partnership has been integral in our success in the Capitol and will be for years to come.”

It is rare for a bill to get introduced and get to the governor in one session, but it happened. Many thanks go to the coalition of partners that supported the measure, Missouri’s co-op grassroots army and the utility storytellers at Pioneer. If it had not been for Pioneer assisting by geo-targeting an extremely effective message, the bill would not have passed, and statewide broadband expansion efforts would have stalled.

Have a story you’re trying to tell?

Set up a time with Jackie Enlow to learn how Zach and the rest of our team can support your regulatory communication planning.