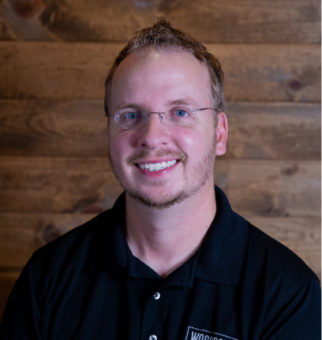 Scott Meyer joined us LIVE at StoryConnect: The Conference to share the latest trends of internet and video in rural America.

If you would like a copy of the reports discussed in this podcast episode, please email that request to Scott Meyer at scottm@innovsys.com.

Andy Johns: Hello, StoryConnect listeners. This is your host, Andy Johns. We recorded three episodes of the podcast live at our StoryConnect Conference. And during that conference some of the equipment levels were turned up higher than they should have been, so the audio quality on these three episodes is not what you’ve come to expect and not the standard that we work hard to achieve for you. So I just wanted to let you know and apologize that the quality won’t be there, but we felt like it’s good content, and we wanted to share. Thanks.

Intro: A production of WordSouth and Pioneer Utility Resources. StoryConnect: The Podcast helping communicators discover ideas to shape their stories and connect with their customers.

Andy Johns: What are the latest TV and video trends in rural America? That’s what we’ll be talking about in this episode of StoryConnect: The Podcast. My name is Andy Johns, your host with WordSouth and Pioneer. And I’m joined for this episode by Scott Meyer, who is the marketing director for Innovative Systems. Scott, thanks for being here.

Scott Meyer: Oh, it’s always great to be with you, Andy.

Andy Johns: So we are recording this one again live in front of our wonderful studio audience, not a studio audience, our conference audience here at StoryConnect. Glad that you guys are here. And this is going to be fun. So the last two years, we have done a breakdown of our most listened to podcasts for 2021 and 2020 and the episodes that we recorded on this topic, both years, you’ve been in the top five most listened to podcast, both years. So what the people want is more Scott, and that’s what we’re going to give them is more Scott.

Scott Meyer: It’s not me. It’s the data. You know, kudos to my company for making the investment because it’s a fairly significant investment. We’ve been doing it for about six years, and so we’ve had the opportunity to get some really interesting benchmarks in our data.

Andy Johns: For those who are not among the millions online listening to the podcast that have heard the previous episodes, give us a little summary about some of that data, some of the survey material that you guys do on a regular basis.

Scott Meyer: Yeah, well, basically what we want to do is we want to find out what rural America is all about. I mean, there’s a lot of data coming in from urban and metropolitan, but we’ve always felt that urban [inaudible] rural America has been somewhat ignored. And so we’ve always also felt that the rural American consumer is a little bit different in what they do and how they consume broadband and video and why they do compared to their big city cousins. So we actually are putting out a survey to just rural addresses and this year we did 837 addresses.

Scott Meyer: Actually, there’s three areas where we’re working right now. We’re doing some video. We’re doing broadband, and then we’re also we’ve had some pandemic interest. So we are getting some really good data now with the pandemic that we’ve been benchmarked over the last two years.

Andy Johns: Perfect. That’s great to have. Well, and we’ll come back to the pandemic in a minute. But in general, what things are you seeing? What kind of results? Because I know some of them are pretty fresh. What are some of the conclusions and results you’re able to see?

Scott Meyer: I just got this data on Sunday, so I haven’t really had a chance to digest it. So I actually had to bring it up my helper here on my iPad, too, just to kind of get me going. And, you know, I mean, just briefly, starting with video, one of the things that we’ve always found — we started… Let me back up for a second. When we started in 2016, the number of rural American homes that were using a streaming service was 6%. The data that I just got on Sunday for 2022 is 61%. So as you can see…

Scott Meyer: Yes. Now, I want to qualify that before we move on to some other data points, is that they had the opportunity to check all that applied into how they were consuming video. And of the 61%, 56% also had a complementary pay TV service. So and this reasons for that and one of the big reasons is the importance of local programing. It is very important to rural America. And we have a one to ten scale one being very interested, ten being the highest level of interest. In 2022, overall 8.2 was the level of interest out of a scale of 1 to 10 across all demographics of having the alphabet networks, local programing, news, whether it’s sports.

Andy Johns: So, so that’s interesting to unpack that a little bit. You’ve got 61% of folks are streaming in rural America, but more than half of those have a paid video service and, or pay like IPTV, cable, satellite, something like that, but less than half are only streaming. That’s interesting.

Scott Meyer: It’s a complement, but it makes sense with the data because of that importance of local programing. And why that’s important is as we go through the data, the number of people that can get all of those networks with an over-the-air antenna in rural America is limited. I mean, from my perspective, living south of Mitchell in South Dakota, if I put an antenna on top of my two and a half story house, I get zero channels. When they moved from digital or from analog to digital, the coverage area shrunk. So a large swath of rural America can’t get all of those local channels. They have the desire, as we can see from the data. So they’re going to get it someplace. And more likely than not, they’re going to have to pay to get it. And so we believe that’s why that data coincides with having that as a complementary service.

Andy Johns: So what are their conclusions? We can stay on video for just another second. What other? I know you’ve looked before at the popular channels. You mentioned sports and the alphabet networks. What other networks or programing are you seeing unusually kind of punch above their weight in rural America?

Scott Meyer: Well, you know, I think because there’s such a large percentage that are streaming, and there’s so much data here. And I would like to welcome people to check in with me during the conference and give me your card, and I’ll send you the new report. It’s about 70 pages, and it’s a digital report. I’d be happy to send that to you. But I want to unpack the streaming part just real quick. Obviously, no big surprise the most popular streaming service is Netflix. Amazon is number two, and Hulu is number three. And they’re kind of like our legacy streaming services. But what’s really interesting is when you go back from that Disney+, Peacock, HBO Max, none of those even existed five years ago, and now they’re moving the needle. Disney+ has 34% share in America, and Peacock has a 23% share. So, you know, I mean, we’re seeing so many streaming services and at some point we do think that is going to be a detriment in that particular vertical.

Andy Johns: How so? Does the competition between the platforms?

Scott Meyer: Yeah, they’re going to just consume each other. They’re going to take and make their content exclusive. Like Netflix has lost a lot of content, so. The only other thing I wanted to share real quick is that we found that people are still even near to of the pandemic, are still watching more TV or more video, than they did pre-pandemic. And we thought that number was going to drop significantly…

Andy Johns: It kind of peaked during the shutdowns and all…

Scott Meyer: But it has dropped very little.

Andy Johns: Yeah. Well, excuse me. Let’s jump into the broadband piece of and the other parts of the study. What conclusions have you been able to draw, or what are the highlights there?

Scott Meyer: Well, I think the biggest thing is rural Americans are getting a really good deal. I mean, on average, they’re paying $60 a month for their broadband. But what’s really interesting is that 36% are not happy with their Internet speed. 36%, that’s a pretty big number.

Scott Meyer: Asked if they’re happy with their speeds, and those who are willing to get a faster speed. This is really an interesting number here. They’re really the average man willing to spend for faster Internet is $90 a month.

Andy Johns: Interesting. Unpack that a little bit for me. So they’re willing to pay up to $90.

Scott Meyer: So the question is framed this way how much you’re willing to pay per month for Internet service that is much faster than you’re getting now. That was how the question was framed. The average was $91 a month. We also broke that down demographically. And so there’s a lot of data here, and we broke it down by income source. So we really did make this very granular. But if you take it all on average, people that want a faster Internet, were willing to pay up to $90 a month for it.

Andy Johns: Interesting. And there will be some more of that kind of information in a panel that Scott’s on later. So you’ll be able to get more there. We are running a little short on time. So give me maybe one more highlight that you had prepared, and then we’ll move on to the next session. But you have one other item you want to share?

Andy Johns: Interesting. One last thing. Tell folks how they can get in touch with you to get a hold of more of the data.

Scott Meyer: Well, just stop in and say, hi, let’s change cards, and I’ll just shoot you an email and send it to you.

Andy Johns: Perfect. He is Scott Meyer, marketing director for Innovative Systems. They are the wonderful audience here at StoryConnect. And I’m your host, Andy Johns, with WordSouth and Pioneer. Until we talk again, keep telling your story.