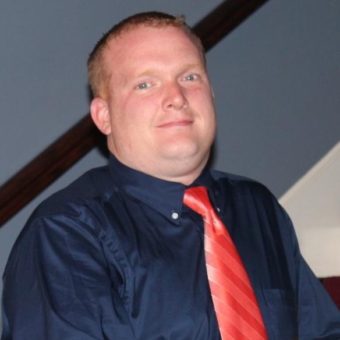 As a provider of electric or broadband services, you are on the front lines of restoring critical functions — and a sense of normalcy — to your communities in the aftermath of an outage or crisis. As such, you know the importance of a good plan.

But even the best plans cannot account for every possibility. There are times when an event is so catastrophic that you’re left searching for ways to adequately communicate in the midst of it — and to document it afterwards.

On October 10, 2018, a Category 4 hurricane barreled out of the Gulf and into the service area of Wiregrass Electric Cooperative (WEC) (Hartford, Alabama). Hurricane Michael left in its wake more than 18,000 members — 85% of the customer base — without power. It took an army of crews from throughout the state nine days to rebuild a distribution system that had been reduced to a tangle of downed trees, 500 broken poles, and 60 miles of twisted power lines.

During an extended outage, the well-being of friends, neighbors, and family members is of chief concern. After that, people want to know when their electricity will be restored. Wiregrass Electric’s communications team followed the cooperative’s emergency operations plan by sending updates to television and radio stations, along with newspapers, covering the service area. The most immediate connection with its members, however, was Facebook.

Restoration efforts required up to 225 additional reinforcements, and WEC’s small communications team was pulled in many directions for logistical support. The cooperative relied heavily on WordSouth to:

When you’re focused on recovery, it’s difficult to grasp the larger impact of what your community has experienced. It benefits your company as well as your customers to provide some context in the aftermath to help them appreciate and understand what has happened, how you responded, and how the crisis affected the people of your region.

As hurricane recovery unfolded for Wiregrass Electric, WordSouth began looking at the bigger picture while crews were still assessing damage. WordSouth began collecting various perspectives that would eventually help members look at this major storm not only from its local impact, but from the state and national viewpoint as well. The cooperative knew it wanted to print a special section for its local version of the statewide association magazine, and we worked with them on the logistics even as recovery unfolded.

The end result was a 16-page commemorative edition that wrapped around their magazine. In addition to the various perspectives mentioned above, the publication featured a timeline, facts and figures, numerous interviews, a look at safety, human interest features, and a page focused on Facebook comments.

Farmers Telecommunications Cooperative (FTC) (Rainsville, Alabama) published a similar expanded magazine following a deadly tornado outbreak. The violent storms came in two waves, hours apart, bringing destruction across the cooperative’s service area and killing dozens of people. Much of FTC’s network was down, making critical communications all the more difficult in a time of despair.

FTC increased the page count of its magazine by 50%. WordSouth’s team — some of whom reside in the affected region — quickly developed an editorial plan and set out to capture photos and interviews to tell the stories. With an affected area stretching more than 50 miles, the project was a significant undertaking. Ultimately, the pages were filled with the voices of those impacted, along with photos of recovery efforts from across the cooperative’s service area and a behind-the-scenes look at the response. The magazine included facts, charts, and graphics to tell the complete story of how devastating and widespread the weather event was.

Even when a crisis doesn’t result in widespread property damage, it can still be a significant event to those who are impacted. A great example is the confusion and inconvenience that struck business owners in Murfreesboro, Tennessee.

A scam began circulating throughout this city of 136,000, wherein business owners received phone calls from a person claiming to be an employee of Murfreesboro Electric Department. The caller ID information also indicated the caller was from Murfreesboro Electric. The caller told the business that their power would be disconnected soon unless they paid with a prepaid card. So convincing were the calls that some business owners immediately took action, traveling to Walmart or other stores to purchase prepaid cards (and often driving past the Murfreesboro Electric office where they could have simply walked in and asked more questions — another sign of how convincing the callers were).

WordSouth worked with Murfreesboro Electric’s communications department to develop an educational campaign that put actionable information into the hands of the public. We created a poster, and Murfreesboro Electric mailed two copies to all business customers. The accompanying letter asked them to display one in an employee area and one in a place where the general public would see it.

This campaign included news releases to all traditional media outlets covering the city, along with a series of posts on Murfreesboro Electric’s social media channels.

The quick and strong response educated the public about the details of the scam and equipped them to avoid falling prey to the criminals. Reports of the phone calls quickly subsided, as scammers were increasingly met with a knowledgable customer base. The scam soon left Murfreesboro and moved to other cities in Tennessee.

In the summer of 2018, Wiregrass Electric had no way of knowing it was less than three months away from a major crisis. And yet, the cooperative’s focus on continually engaging with and educating its members helped prepare them for what was to come.

On July 22, WEC’s system suffered an outage affecting nearly 1,000 of its members. Servicemen were able to reroute power for 84% of the affected meters while the damage was being repaired. However, due to the complicated nature of the outage, full restoration took 6 hours.

As with any outage, some members were upset — especially those whose service could not be restored by rerouting power. What happened? What was WEC’s response? Why did restoration take so long? These were questions the cooperative decide to answer in a video.

WordSouth developed an outline to guide the video, then traveled with crews throughout the affected area to capture footage and interviews with linemen and engineers. The resulting 10-minute video explored the location of the fault and explained the switching process, as well as the many challenges and safety precautions that vary from location to location. WordSouth also helped WEC create and execute a plan to promote the video through its social media and other channels.

Not only did WEC create a video to explain the circumstances of a specific outage, but it also ended up with an evergreen educational video that effectively communicates the complexities of outage repair and enhances its members’ appreciation of the work involved to maintain and restore power.

The best time to start preparing for an emergency is now. Part of that planning is having a team ready to respond and help you control your utility’s message in a time of crisis. WordSouth has a long history of helping our clients communicate effectively when the stakes are high. Be ready to face your next crisis with a team of reporters, writers, designers, and communications strategists to support you.