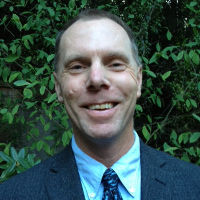 We think that’s a notable occasion worth sharing.

Although the exact timing of NewsData’s business launch is uncertain, for this 40th anniversary purpose we mark May 26, 1982, the date of Clearing Up‘s  inaugural issue.

Here we are, 40 years later, continuing to chronicle the electric and natural gas sectors in the Western U.S. and Canada.

We are honored and privileged to have attained this longevity, which I attribute to three primary factors:

On April 26, 2021, we recognized Clearing Up’s 2000th issue. In an editorial (available to NewsData subscribers here), I outlined the newsletter’s 1982 origin as a means to keep Northwest utility officials apprised of the increasingly tangled web of the Washington Public Power Supply System’s nuclear-plant construction program debacle — which, as a reminder, triggered in 1983 the nation’s then-largest municipal bond default ($2.25 billion), and still factors into BPA’s finances. Only one of five planned nuclear plants became operational, today known as Columbia Generating Station.

Clearing Up‘s coverage gradually expanded to broader Northwest energy matters, including but not limited to the electric-restructuring fervor of the 1990s; the Western energy crisis of 2000-2001; the Northwest wind boom of the mid-to late-2000s, early 2010s; and the present decarbonizing epoch. Many, many other (and in many cases, related) energy topics have graced Clearing Up over the years: regional power and utility resource planning; periodic attempts to sell BPA; the quiet march of Northwest energy efficiency; resource adequacy; utility rate cases; endless salmon vs. energy battles; BPA competitiveness; utility mergers/acquisitions; the occasional energy scandal; and on and on and on.

Clearing Up was NewsData’s first publication, later joined by numerous others, all under Cyrus’ leadership.

We consider, and subscriptions bear this out, CEM and CU to be our flagship publications.

Other NewsData publications have included:

A significant story element of NewsData’s past 40 years is the parade of people, places and technology.

NewsData and our subscribers have benefited immeasurably from the work of outstanding energy journalists. Although too numerous to mention by name here, collectively they have shared a passion to dive into often-complicated energy issues and to generate quality reporting targeted for our energy-professional audience. We strive for Journalism 101 basics (accuracy, objectivity, relevance, timeliness, clear writing) and also to add context and nuance to help foster deeper understanding.

As a sign of their multifaceted talents, NewsData journalistic alumni have gone on to work in other media, law, government, consultancies, the energy industry, the pulpit and more.

NewsData is truly a team effort.

NewsData’s “place of business” has likewise evolved. In the earliest days the “office” was the basement of Cyrus and Mary Noë’s home on Queen Anne Hill in Seattle. When I joined NewsData in late 1991, Clearing Up/NewsData occupied upper-floor offices in a two-story building in Seattle’s Lower Queen Anne neighborhood, which remained our work space in Seattle until 2014, when we moved to nearby Magnolia. We relinquished that office space in summer 2020. California Energy Markets staffers, meanwhile, used a succession of San Francisco office spaces until earlier this year.

Our far-flung NewsData team now works all remotely, staying connected and doing our jobs via technologies (internet, Slack, email, smartphones, texting, social media, virtual meeting platforms, etc.) that even early-technology-adopter Cyrus could hardly have imagined when he started Clearing Up in 1982.

The pandemic accelerated our transition from in-person office space to remote work, but many NewsDatans worked from home long before 2020, including Cyrus at the beginning. One could say we have returned to our roots.

We are four years into what I consider a productive and beneficial relationship; we appreciate Pioneer’s stewardship of our enterprise.

Throughout our 40 years, even with the many changes, our fundamental purpose has stayed constant.

Here’s how it’s expressed in our internal editorial/style guide:

“We report useful and relevant industry news of all manner, intended to inform, enlighten and occasionally entertain our clients. We are not an energy-industry adversary, nor its good and faithful servant. We seek to reflect the community as objectively as possible.

“We strive to report the facts without bias, and to include as many relevant aspects of a story as feasible. We have no axes to grind, nor agendas to fill. Should we discover matters that reflect poorly on a client, we will report such information if it fits the criteria of useful and relevant news.”

As imperfect humans, we occasionally fall short of these aspirations. But they remain our guiding lights. I believe there’s an essential role, still, for journalism that strives to present news and information based on facts, depth and balance (insofar as imperfect humans can do so), intended not to tell readers what to think, but to help them think for themselves.

We have in recent years expanded our services to include:

We aim, as since 1982, to provide value to our subscribers and the energy communities we serve.

We are extraordinarily grateful for four decades of existence, and for the opportunity to serve the Western energy communities.

Thank you to all who made this anniversary possible. Here’s to the next 40 years!